Why is Vietnam’s real estate a magnet for international investors?

Vietnam has appeared as an attractive destination for global property investors thanks to the government’s more tolerance in housing ownership, favorable policies including recently significant investment in smart cities, and geographic advantages.

A number of laws on amendments including Land Law, Construction Law, and Law on Urban Planning (all in forve) draw a picture of the government’s master plan and its supportive policies in real estate sector that enables investors to oversee their profit margins.

The Law on Housing, which took effect in 2015, grants more rights to foreigners who wish to own a residential property in Vietnam with the ownership up to 50 years.

Statistics by CBRE Vietnam have shown that foreign homebuyers, particularly Chinese buyers, are paying greater attention to high-end and luxury segments of the condominium market in the economic metropolis of Ho Chi Minh City in the first nine months 2018.

Chinese people made up to 31% of home transactions through CBRE in the city during the nine-month period, followed by Vietnamese people with 24%, and South Koreans 19%.

Foreign buyers include people who currently work and live in Vietnam and investors who have never set foot in the country. These new buyers are interested in projects with prices as high as US$9,000 per square meter.

One of the main reasons for this trend is the investors‘ belief that Ho Chi Minh City’s real estate market now is on pace to be comparable to Shanghai’s during the last 30 years, an era where real estate prices have increased substantially. 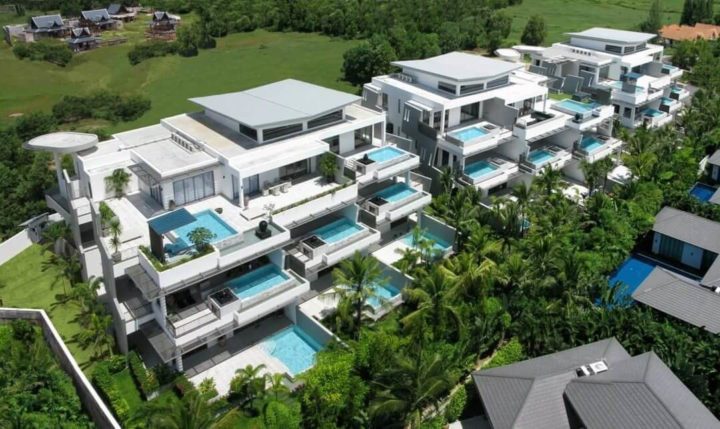 Vietnam has approved a sustainable smart city development plan until 2025 and with vision toward 2030 with an aim to enhance the quality and performance of urban services such as energy, transportation, and utilities in order to reduce resource consumption, wastage, and overall costs.

Under the plan, four chains of smart cities will be formed centering on Hanoi, Danang, Ho Chi Minh City and Can Tho in order to utilize local potentials to raise living standards of local residents and increase competitiveness.

The plan, accordingly, has cought significant attention from foreign investors. At the ASEAN Summit last November, Japan affirmed its support for the construction of eco-friendly “smart cities” in 26 pilot locations in ASEAN member states. Three cities in Vietnam have been listed as pilot cities in the ASEAN Smart Cities Network.

Ten ASEAN member states have drafted a framework for the development of these smart cities and the details of the project are expected to be discussed further as early as this October in Japan.

Through participation in the smart cities program, Vietnam aims to acquire technical assistance and training to design and run a traffic control system in Hanoi that can help direct emergency responses by firefighters, ambulances, and police.

In addition, with the adding of high-quality tourism and service activities, and multi-purpose entertainment complex to the national’s master plan, the building of culture and sports stations including horse racing venues is expected to draw more investment.

In a latest move, Prime Minister Nguyen Xuan Phuc has agreed to double investment in Phan Thiet airport to VND10 trillion (US$435 million) following the approval of the master plan on the national tourism site of Mui Ne.

After the investment, Phan Thiet will become one of three biggest airport in the central region and expected to be the leading destination in the Asia-Pacific by 2025.

Notably, Danang, with the operations of one of the world’s most luxury resort InterContinental Danang Sun Peninsula Resort which is always offering stay for top leaders of the Asia-Pacific Economic Cooperation (APEC), has witnessed a great deal of international property investors over the past years.

The southern region offers a series of localities, such as the country’s economic metropolis of Ho Chi Minh City, Can Tho – the economic, socio and cultural hub in the Southwestern, Long An and Dong Nai – both destinations for foreign-invested industrial parks, especially Binh Duong – one of Vietnam’s most dynamic localities with the presence of foreign giant corporations thanks to its improved investment environment, and Phu Quoc – listed among the globe’s best islands and well-known for its pristine beaches, verdant mountain ranges and spectacular waterfalls.

Obviously, favorable policies and a wide range of investment profiles including hospitality and industrial real estate, Vietnam has proved to be one of the world’s promising lands for global investors. 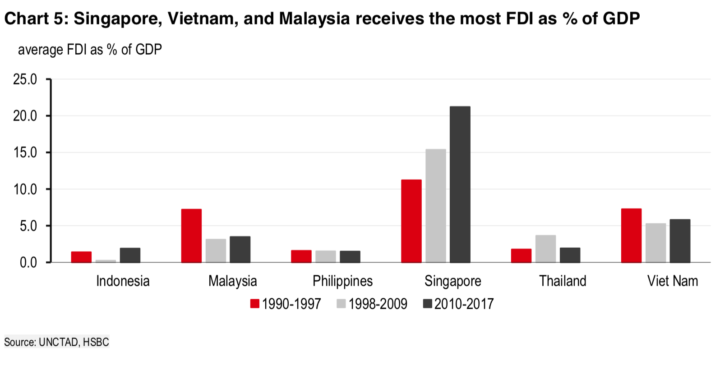 Vietnam’s real estate market is strongly supported by the fast growth of middle-class population, the increasing number of international visitors to Vietnam, and high profit margins.

Statistics by Nielsen showed that Vietnam’s middle-class population might reach 44 million by 2020. This populous class would result in rising demand for housing in the years ahead, according to General Director Phan Cong Chanh of Phu Vinh Group.

The number of foreign visitors to Vietnam grows 20% on average annually, reaching roughly 15.5 million in 2018.

Following the growth of tourism, several international airlines have boosted its presence in Vietnam as the Southeast Asian country’s aviation industry is the world’s top five fastest-growing markets by the International Air Transport Association (IATA). Remarkably, Vietnam is the fastest-growing aviation market in terms of passengers in the 2016-2040 period, according to the Airports Council International (ACI).

Thanks to Vietnamese regulations that allow citizens to buy and own houses, the country’s real estate market becomes more attractive than in regional countries. In addition, the property prices in Vietnam are lower than the rates in other countries. As a result, the return on sales (ROS) varies among 15% and 20% and more real estate investement trusts (REITs) see the opportunities in this market as stated by Ngo Quang Phuc, general director of Phu Dong Group.

Su Ngoc Khuong, direcor of Investment Department at Savills Vietnam, said that the government’s open policies on FDI, political stability, and strong economic growth are the grounds for rising foreign investment in the real estate sector.

Vietnam saw increasing merger and acquisition (M&A) deals in the real estate sector over the past years. In 2017, the M&A value in this sector was about US$2 billion.

Dang Xuan Minh, general director of AVM Vietnam and Vietnam M&A Forum, attributed the M&A deals to the determined privatization of state-owned enterprises, the rise of domestic property developers, and a resolution on bad debt settlement.

Nguyen Thi Van Khanh, director of Investment Department at JLL, bets on a strong M&A movement in the real estate market from foreign investors, mostly those from Japan, South Korea, Singapore, Hong Kong, and Malaysia in the time ahead.

In 2018, fforeign direct investment (FDI) into Vietnam’s real estate sector hit US$6.6 billion, accounting for 18.6% of the total foreign investment, according to the Ministry of Planning and Investment.

2018 marked a 10-year period since the downturn of the real estate market and nearly 5 years of market recovery.

M&A activities and other forms of direct investment will continue to reach new records, according to JLL.