The two models were developed based on two designs, which were selected by Vietnamese consumers during a contest organised in October last year.

Attending the Paris Motor show, VinFast wishes to gather more opinions on the cars before starting official sales in the Vietnamese market from September next year.

VinFast is promoting world class cars which are manufactured at its modern facility in the Đình Vũ – Cát Hải economic zone in the northern port city of Hải Phòng.

Besides these two models, VinFast is also rapidly deploying many others, which will be rolled out first in the Vietnamese market and then exported to a number of countries around the world.

With a vision to go global, VinFast has worked with the world’s leading automotive firms to create world-class products that meet the expectations of customers in terms of design, quality and features. VinFast also recruited high-level executives from leading companies in the industry, as a prerequisite to building a successful business.

The company is in the process of completing the construction of a 335-hectare factory in Hải Phòng, which was started in September last year and will be equipped with world-class facilities and equipment to ensure that finished cars meet the strictest international standards.

CEO of VinFast, James Deluca, said with abundant resources and strong capacity, the firm has set a strong target to become an impressive new factor in the global automobile industry.

It’s proud to be the first large-scale automobile manufacturer in Việt Nam and also the first Vietnamese company to exhibit at the Paris Motor Show. With a desire to introduce the VinFast brand and its first two cars at the world famous event, VinFast will highlight the essence of Việt Nam showing its persistence on a new journey.

VinFast is a member of Vingroup – one of the largest private enterprises in Việt Nam. Over 25 years of establishment and development, Vingroup is currently engaged in a variety of businesses such as real estate, travel – entertainment, education, health, agriculture, retail and industry. Continuing with the achievements and values ​​of Vingroup, VinFast is expected to contribute to the development of the Vietnamese automobile industry and improve the quality of Vietnamese life. 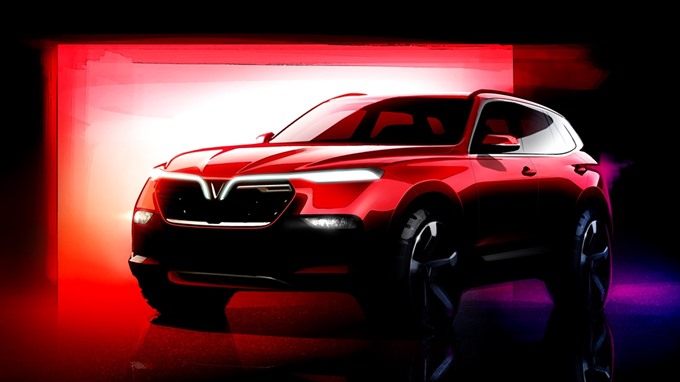