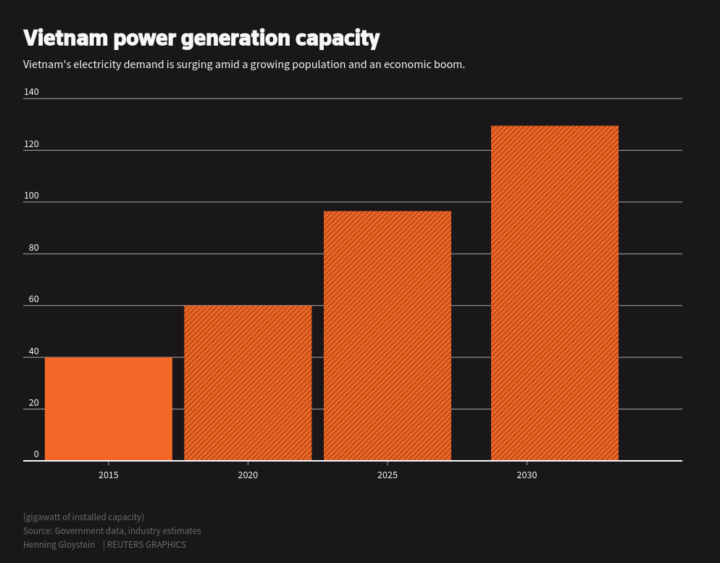 To meet surging power demand, Vietnam is expected to increase its power generation capacity to more than Thailand’s total installed capacity by 2025 and its electricity sector will likely be bigger than Britain’s by the mid-2020s, Reuters reported.

Vietnam has become a hot spot for energy investors eyeing a spending of up to US$150 billion over the coming decade, according to Reuters.

Once largely reliant on hydropower, the production hub for global companies such as Samsung Electronics has turned to cheap but polluting coal to boost electricity generation.

Vietnam’s coal use in the five years to 2017 grew 75%, faster than any other country in the world, according to a research paper by the Harvard Kennedy School’s Ash Center on Vietnam.

While generation is set to double, PDP 7 forecast coal-fired generation would grow rapidly to 2030, with its share of the energy market rising from 33% to 56%.

But a change of emphasis that began in 2016 with a revised version of PDP 7 has started to embrace cheaper renewable energy, and analysts expect PDP 8, due later this year, to further adjust policy.