In recent years, the Government bond market has become an important capital mobilisation channel for Vietnam. However, the scale of the country’s bond market is modest compared to national economic scale and to other regional countries. 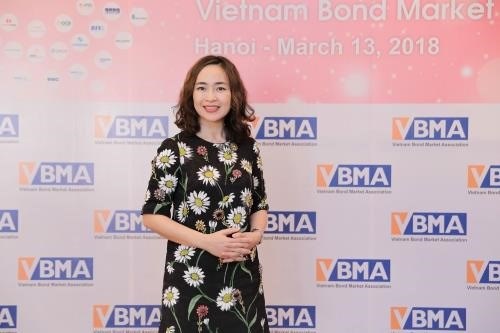 According to a report of the Hanoi Stock Exchange (HNX), Government bond mobilisation dropped sharply last year in terms of value against 2017. What were the main reasons for this?

The main cause of reduction in value of Government bond mobilisation came from slow disbursement of public investment. According to the Ministry of Finance, disbursement by ministries, sectors and departments at central and local administrations in the first 11 months of 2018 only hit 59.9 percent of the yearly plan.

The low disbursement was due to factors like topography, weather and natural disasters as well as obstacles related to site clearance, investors’ ability and policies.

However, it should be recognised that capital mobilised from Government bonds is a loan for economic development and debt burden. If the State budget balance is consolidated by increased tax collection, the State Treasury does not need to complete the Government bond mobilisation plan set at the beginning of the year and the adjusted mobilisation near the end of the year.

On the other hand, in the last six months of 2018, to stabilise the exchange rate in the context of complicated international markets, the State Bank of Vietnam implemented a tight monetary policy. That made the interest rate rise sharply on the secondary market.

Meanwhile, the State Treasury has not had much pressure to issue Government bonds so the interest rates were not adjusted in line with the market. The gap between interest rates on the primary and secondary market was quite large at about 30-70 basis points (BPS). At the same time, the liquidity of the banking system in 2018 was quite stressful, forcing the central bank to support it through open market operations.

What’s your opinion on Vietnam’s Government bond market compared with other regional ones?

Vietnam’s Government bond (G-bond) market was established in 2000 and since the nation had a bond trading system in 2009, the Government bond market has developed rapidly in scale. Government bonds have become an increasingly important and effective capital mobilisation channel for development.

As of July last year, the domestic bond market accounted for 39.9 percent of 2017’s gross domestic product (GDP), while that of the G-bond market was 29.2 percent.

This was strong growth of the domestic bond market compared with 4.5 percent in 2003.

However, the scale of Vietnam’s bond market is still small compared to potential of the domestic economy and to other markets in the region.

The average trading value per session in Vietnam’s bond market has reached 10.4 trillion VND, much lower than in markets like Singapore or the RoK.

The structure of investors in the domestic bond market has changed thanks to the increase in the number of investors and the diversification of kinds of investors. Besides, the holding rate of commercial banks has reduced to a similar rate in many countries but other institutional investors, including insurance companies, pension funds and mutual funds, is still inadequate.

The reason for that situation is that long-term savings from insurance companies and compulsory retirement funds are still limited. Market makers have mainly operated on the primary market, their interest in the secondary market is still limited. We need support from the Ministry of Finance and State management agencies to expand markets, diversify products and remove difficulties for investors.

What should Vietnam do to increase the attractiveness of the G-bond market?

To develop the secondary market of G-bond, Vietnam needs synchronous policies stabilising the political environment as well as the money and foreign exchange markets. At the same time, it should diversify bond maturities, including short-term bonds, to harmonise cash flows and create standard interest curves and full reference interest rates.

In addition, Vietnam should promote the development of the secondary market.

Vietnam should also issue new bond products and bond lending operations according to the roadmap on building guidelines of implementing the Law on Public Debt Management in 2017. It needs to develop new products such as floating rate bonds and bond derivatives.

We also need to improve policies to expand investor base and attract foreign investment by establishing funds such as retirement and bond investment.

The organisation of bond issuance needs to follow the market and investors’ demand and focus on organising bidding through the Hanoi Stock Exchange (HNX) to ensure continuity of the market. Interest rate policy is governed according to market rules and is consistent with the development of the bond and money market.

In addition, Vietnam should complete the legal provisions on payment, issuance and bond trading activities. We also need liquidity support mechanisms for market makers in the primary and secondary markets.