Of China’s US$36 billion in financing for coal-fired plants in 23 countries, Vietnam has second most proposed coal-fired capacity after Bangladesh, totaling 13,380MW, with the fourth most funding, totaling US$3.6 billion, according to a new report by the US-based Institute for Energy Economics and Financial Analysis (IEEFA). 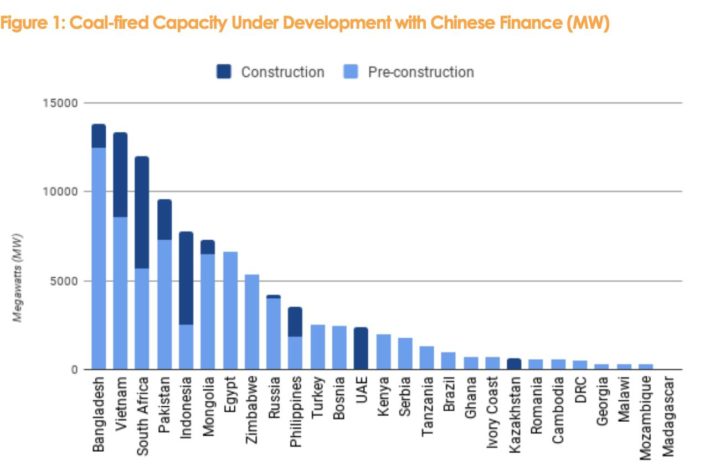 Most of the projects (58%) are fairly advanced, with 4,800MW under construction and 3,000MW permitted, stated IEEFA.

Forty-two percent of the capacity (5,580MW) has committed funding. Chinese banks have already funded a number of completed coal plants in Vietnam. In total, Chinese EPC firms have built fifteen coal-fired power plants in Vietnam, with Chinese banks providing US$8.6 billion in funding for them. Many of the current proposed coal projects are an additional phase of already completed plants. 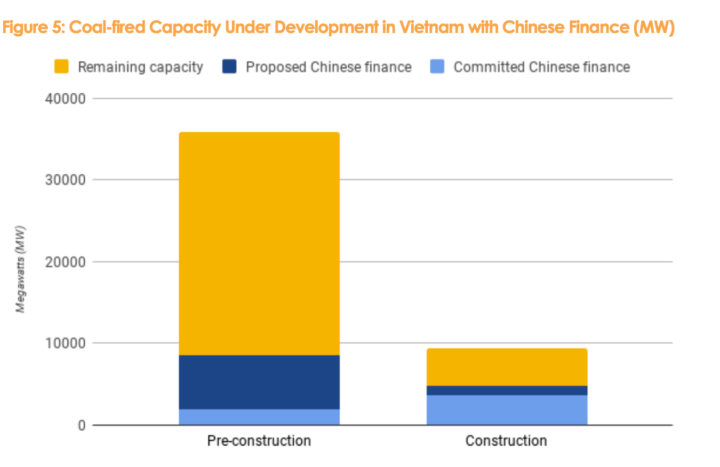 While financial institutions around the world are moving away from coal to limit exposure to increasing stranded asset risks, IEEFA found that China is simultaneously funding over one-quarter of coal plants under development outside the country.

IEEFA’s report examined China’s expensive subsidisation of largely imported coal plant investments across 27 countries, all while overtaking the U.S. and Germany in becoming the number one exporter of cheaper greener environmental goods and services.

The IEEFA report found that Chinese financial institutions – both the development finance institutions and state-controlled banks – have committed or offered funding for over one-quarter (102 gigawatts GW) of the 399GW of coal plants currently under development outside China, including investment in export coal mines, coal-fired power plants, and the associated rail and port infrastructure.

Additionally, most coal funding outside China is being provided by public Chinese banks that back Chinese state-owned enterprises to build the plants with a largely Chinese workforce.

“With the majority of the planned Chinese coal projects yet to reach financial close in a number of countries, there is the possibility that the deals could fall through or be cancelled. Countries where Chinese finance is yet to be committed should re-focus their energy markets on investment in the grid improvements needed to support renewables,” said co-author Christine Shearer.

“As the cost of renewable energy undercuts new baseload coal-fired plants, IEEFA considers more private investment in cheaper zero-emissions energy to be a smarter path forward, rather than blindly agreeing to investment in outdated and expensive coal-fired plants backed by governments intent on filling their own coffers while everyone else bears the financial burden of global warming,” Shearer added.